Distraction: The Key to Understanding? 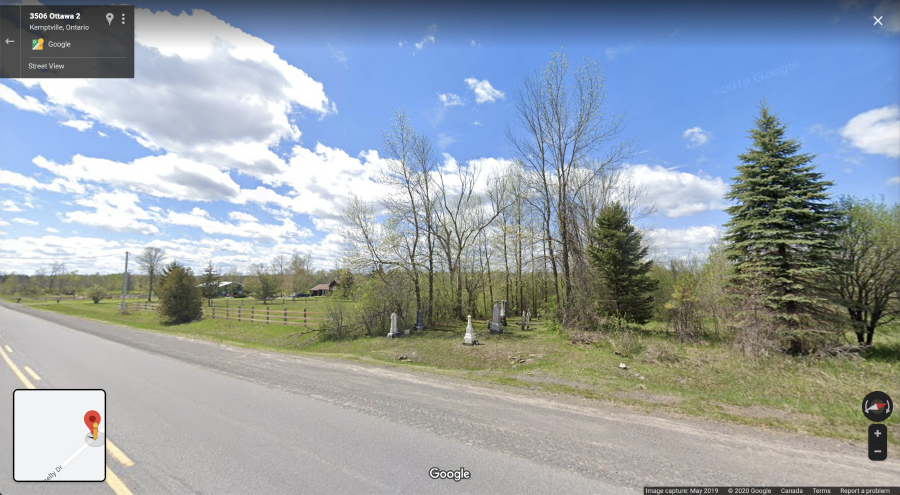 When it comes to digital humanities, I feel like I tend to struggle with what constitutes a “fail” or a “win”. I tend to complete the technical elements of the course with ease– my background in computer science leaves me with few issues understanding new programming concepts or, at least, few errors I can’t debug. This could be considered a win, but is it really a win if I don’t understand the meaning behind what I’m doing? Yes, I can use Leaflet to make a webmap of the cemetery I just surveyed, but why am I doing this? What is the thought behind each marker I place?

That’s all to say, these past couple of weeks I’ve found myself grappling with the ethics of digital archaeology and how it intersects with both the technology we use to analyze and the technology we use to publicize. My most clear-cut failures have featured me literally grappling with technology; my beloved little PC failing to connect to the internet, my numerous forms that documented 27 gravestones sitting offline in kobotoolbox, the extra long ethernet cable I ordered to save me… arriving broken… and the stages of grief I then went through as finally, this week, I relented and re-documented just 10 of the graves on my laptop, which DOES connect to the internet. This process of trying-and-failing over about 3 weeks to get these graves documented and uploaded certainly evoked a sense of failure, but interestingly, I found that it wasn’t just because I couldn’t get my computer to work. I think this harkens back to my feelings of morality I mentioned in prior posts, but I almost felt guilty only being able to place 10 out of the 67 graves I documented while on-site into our course’s “public” database. It felt as if I was hiding more than half of those who laid buried at Pinhey’s Point, erasing their existence from both history and the present because, in our technocentric world, those who could never physically visit the cemetery would never know of their existence. As a researcher, this is the picture I’ve painted of this cemetery, and it is an incomplete one. In some prior feedback, I was asked the question, “Does the potential of accessible information being skewed ever cause you concern?” While this was in the context of privacy on the web, when reflecting on my feelings of failure and my previous weeks’ work, I began to think of this question in the context of documentation and the ethics behind it. What responsibility do those documenting “public” sites of history such as cemeteries have when it comes to representing them? How might the way something is documented skew the history behind it? One of the activities I attempted to rework this week was my webmap– I wanted to find a historical map of the site so that I could create an overlay and prove that the points I had added were not just markers floating in the void of unscalable resolution. As I tried (and failed) to find a map to warp, I discovered CanadaGenWeb’s Cemetary Project, where I got completely sidetracked. I was unexpectedly pulled into an even earlier course activity, searching for cemeteries, yet somehow this became the most contemplative part of my week.

You see, this website has a section titled “Cemetery Map Project” that is intended to display the locations of each cemetery that users have submitted to the website. Upon opening this map I immediately noticed that a vast majority of the cemeteries were undocumented, the only information available being the coordinates used to map them. Looking at the Ontario map, there were numerous cemeteries without even a name, simply called something along the lines of “abandoned old cemetery”. This concept had me intrigued, but there were multiple different maps created for each region by several volunteers, so I left the visual map to search the database where all cemeteries were consolidated. My search term was just “abandoned”, regionally restricted to Ontario, and with this search a swath of cemeteries I previously had not seen appeared. The reason they were not on the map? They were submitted without coordinates, an address, and often no name. Occasionally, there may be a note stating that the cemetery was located on “The farm of [surname]” or “Private property”, but these were usually the only identifying details. Between my own attempt to document a singular cemetery, and my time reviewing these abandoned cemeteries have no other information except a listing acknowledging they exist, I thought back to the discussion of crowdsourcing present in Bollwerk’s article on co-creation in public, digital archaeology. Much of the publically accessible digital resources used for mortuary archaeology, or more specifically, the study of cemeteries, seem to be websites such as the one I found or FindAGrave, both of which are created by hobbyists– co-creative projects removed from academia. The dynamic described in Bollwerk’s article is reversed, where rather than an academic seeking participation from the public, the public created the resource which the academic seeks. There are no strict constraints or guidelines often found in institutionally-based crowdsourcing projects which perhaps gives participating in the project a more widespread appeal, yet this also leads to the addition of listings that provide virtually no information as little attention can be given to who is uploading or the details added when everything is run on a volunteer basis. Fundamentally, a researcher, hobbyist or academic, has the power to make their data accessible, but with this, they also have the power to skew the data whether intentionally, through error or through lack of information, creating misconceptions and allowing others to draw false conclusions from their work.

Moving past my newfound unease about accessible information, zooming in and out on that map– shifting from aerial view seeing the cemetery and everything surrounding it, to street-view looking directly at the cemetery situated on the side of a highway or in the distance sitting in a farm field– made me return to my thoughts from the previous week regarding space. I finally was able to do the activities surrounding spatial archaeology this week, and in the tutorial by Dr. Rachel Optiz, she encourages the learner to think about the significance of how burial grounds are arranged, the spaces between them, the placement of each grave, and how or where the ground itself is situated. Thinking about her words while virtually exploring these abandoned sites of burial on Google Maps, I began to observe their placement, how it seems we’ve built our present world around these cemeteries the past. Roads bend where a long out-of-use cemetery stands, farmers allow trees to grow and surround these cemeteries that live amongst their crops, communities add fencing around abandoned cemeteries that sit in otherwise public areas such as parks. These acts of preservation are all active choices to maintain the monuments left standing. When digitally viewing these sites, I could clearly see that they were there, that they existed; the present they existed in was built to accommodate them. Yet I found my searches to also be a testament to the power that something like Google Maps has because of the modern reliance on this technology to confirm existence. There were many times I entered coordinates provided by a Cemetery Map Project entry, only to discover there was no cemetery or graves to be found. Perhaps the remaining headstones had crumbled and/or what remained of the cemetery was built over in recent years, but to many, being completely unable to find any visible presence of a cemetery via Google Maps– even if through unverified coordinates that may be incorrect, creates the assumption that the cemetery does not exist. We choose to craft sites of the past– we record them, we digitize them, we preserve them; but, I use the term “craft” more so because the sites that are uploaded and documented are ones that someone deemed significant enough to do so. There could be a cemetery under the very house I sit in while writing this, but I assume there isn’t because I can’t find any records on one by Googling my address, so if there was one, no one ever assigned it enough significance to conserve it or any information about it. The technology we use intersects with power and unspoken assumptions through creating complacency, where we assume that if we can’t find something, it isn’t there and never was.

So, I guess my largest win of these past few weeks? Learning just how much you can place what you’ve learned into context by going on a 2hr detour exploring abandoned cemeteries on Google maps.