Exiting as an Emotional Archaeologist 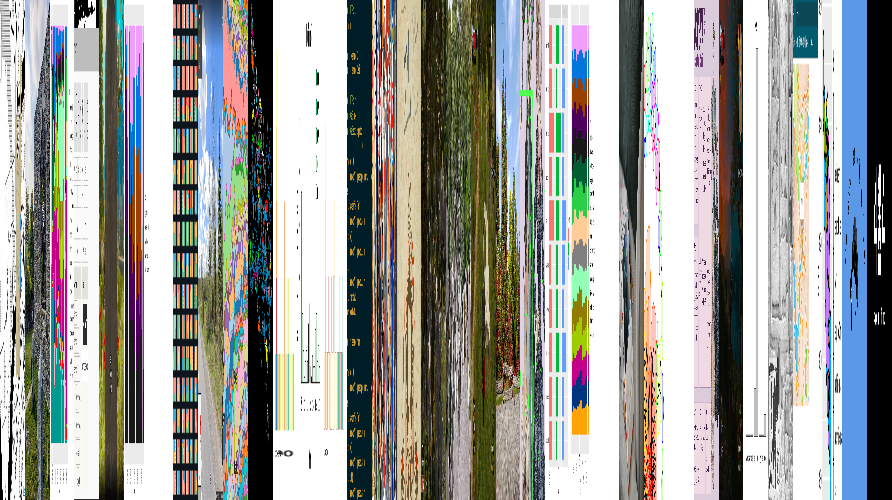 In contrast to my prior experience with digital history, I felt that this course was ultimately an evolution in ways of thought for me moreso than a shift in technical ability (not that I didn’t improve in that area too). Reading over my previous work on this blog, this progress was a surprisingly linear process reflected in my fluctuating output, all of which cumulated in this final consolidation week where I decided to finish where we began– in the cemetery. Well, not literally (as much as online school may make me feel like I’m 6 feet under sometimes), but digitally, through revisiting the work I’ve done using the graveyard data we as a class collected over the course of this semester.

The two specific works I opted to return to were my graveyard compendium in which I attempted to map the data that we as a class collected using Leaflet in hopes of finding geographical-based trends in physical wear and aesthetics over time, and the location-based AR activity, half because I feel immersion is one of the most impactful ways one can experience history, and half because I was absolutely determined to get a model done of at least one of the monuments from the cemetery I surveyed in an attempt to “bring it to life.” Although I made advancements in both of these activities which I found to challenged me the most this semester, the ended up as incomplete failures once again. I discovered that my browser was caching the page’s data while I was in the process of creating the map visualization, which solved my original confusion when attempting this activity, but even after clearing entries with no coordinates and ensuring there were no characters in the data that may have been causing errors while parsing, the locations of each grave still were not appearing on my map. I could only get locations to appear if I manually typed them into a file I made for testing purposes, despite there being no apparent difference between what I had entered and what was in the actual point-data.geojson file. With the AR activity, I learned how to produce a more accurate model of the headstone I chose through using scaling tools to make it true-to-size, but wasn’t skilled enough when it came to the more advance sculpting I need to do in order to preserve some of the key features of the monument’s construction. But, as we’ve learned throughout this class, failure doesn’t mean that these activities were unsuccessful pedagogically. For example, when I realized I didn’t take enough photos to successfully make use of photogrammetry software like Meshroom to model a headstone from the cemetery I visited at the beginning of the semester, it pushed me to try 3D modelling by hand. Doing so not only expanded my technical skill set, but forced me to consider each nook and crevice of the monument, attempting to determine which features needed to be sculpted while creating the base and which could be left to the rendering process where the actual images of the grave would be placed overtop the model as a texture to make the stone appear “real”. Were the decisions I made while crafting this model better or worse than that of which photogrammetry software could produce? Are the occasionally strange but very detailed results of a generated model preferable over my carefully tailored yet less detail one? I, frankly, do not have the answer to these questions, but these thoughts I had while sculpting did solidify to me that the act of doing digital archaeology is a constant process of learning, because very little of what we do is a standard practice in any field.

Furthermore, in continuing my attempt at crafting maps and models while considering the past few weeks as a whole, I’ve realized that although digital archaeology is considered an academic subject seeking methodologies that somewhat follow this line of thought, much of doing digital archaeology for larger audiences is a creative process. The work I revisited this week, as well as work I did the week prior in relation to archaeogaming and sonification all speak to this. Attempting to creating a headstone to place in an AR space, using data to create music while trying to ensure it actually sounds somewhat pleasing, adding sites of archaeology to a game for the players to explore, all intersect in that they’re meant to be entertaining to those that choose these mediums to consume digital archaeology (whether they realize that they’re doing so or not), and moreover, to enchant the person interacting with them. Yet at what point does creativity come at the cost of losing the plot? The decisions you make when working with data, from the initial stage of cleaning it to using it creatively, all alter how it will be perceived and received. When I was generating the model of the headstone, I had enough data from both the photos and measurements I took to correctly scale it, but the location data and lack of surroundings resulted in a monument not nearly as situated as it would be had I used Meshroom to generate it. Looking at the work of others that I’ve observed, The Witcher 3 added a number of cemeteries for players to explore in this open-world game, yet integrated looting as a part of exploring these cemeteries which made the exploration tiptoe into the territory of exploitation.

Both video games and augmented realities are excellent ways to immerse people in the enchantment of archaeology, but when applying creativity to realities of the past– especially those which resound into the present– and the exploration of archaeological sites, as Perry discussed in her article, there must be questioning of what narrative the output is generating which forms necessary bounds in how the data can be appropriately represented. Nearly every article we read in Module 3 gave an example of a creative form the author’s work took both for academic and public audiences; and, following these discussions of the positive aspects of their work comes a discussion of their chosen medium’s flaws. This in itself is of course not a problem; perfection is unattainable and the variance of the human mind will always result in multiple interpretations of a singular piece of work. The dilemma I’m faced with in concluding the course, how can we make these faults not end up as footnotes in public-facing work, making them explicitly known to those accessing this work, without disrupting its aspect of “enchantment”? Reviewing these articles, it dawned on me that all of them are texts written for an academic audience by academics who are reflecting back on their work, meaning that the flaws they discuss in these articles are often not made known to the public or perhaps hidden away in a footnote at the bottom of the project’s page. For example, in the paper by Morgan, Carter, and Michalski on their experience with The Origins of Doha project, they discuss challenges that may have impacted the oral histories they collected due to Doha’s complex past; yet, when visiting the project’s public-facing site, upon browsing the site’s central tabs I found nothing on these struggles, even when accessing the page specifically for this collection of oral histories. These struggles should be made known not just to academics within the field, but to all those who may interact with this valuable work– these perceived flaws or failings are not a negative outcome, as they give further context to the data gathered and allow one’s interpretation to go even further when these histories are situated.

All of this rumination on both my own failures and the failures within the works I’ve read and interacted with came as a result of my realization in Module 2 regarding “slow archaeology”– the necessity of creating an expectation and allowing for time to reflect on the work being done during each step of the process. I began this course seeing the “manual” work of digital archaeology– cleaning data, programming, even crafting the final digital output of my research– as a means to an end. Although notes were taken and I acknowledged that the choices I made during this initial process would affect the outcome of my work, reflection and think came after my data was neatly assembled in front of me, tidy and ready to read. But there are truths in the messy details, and recognizing and applying this concept to my work for the final half of this course has been my greatest win perhaps in the entirety of my approximately two years of working in the field of digital humanities. I’ve had my hypotheses proven at least slightly wrong for every activity I’ve done over these last few weeks, and this has allowed me to engage more meaningfully with the results of my work; my assumptions about Fabricius led to me being more aware of the struggles I faced while using it and how this could affect the communities the tool was built for, [my assumptions about working with ADS] resulted in exploring the database further and learning about the ways metadata can be used but also where it may fail. Despite all of this reflection certainly resulting in me working a bit slower– truly, it is slow archaeology– my work now has more depth and allows more space for connection to it in other ways. Reflected in my separation of the technical from the contemplative was also an effort to separate my academic work from my emotions. Evidently, right from week two of the course I failed to do this when it came to studying the subject of mortuary archaeology; cemeteries are home to a host of cultural superstition and heavy emotions that fundamentally tie into the work produced when studying them. Baxter’s article helped me realize that in trying to do away with my feelings in order to achieve the objectivity that I was taught I should have, I was limiting the potential of my work and even denying the humanity of those who existed in the past that now existed in the liminal space of the cemetery I was to survey. In these past weeks, I was further influenced by the discussion of heart-centred archaeology in Hodgetts & Kelvin’s article, their article being the turning point of me actively choosing to integrate this practice in my posts by looking back at the details of my experience in the community collecting data for our graveyard project, and also allowing emotion to weave into my more “academic” thoughts. Centrally, this semester I learned that just because the work I’m doing is digital humanities, does not mean it needs to be robotic– the humanities element should not be understated, separated, or overtaken by the technologies we use, but rather, used to enhance it.

Now, there’s no smooth jazz to close this semester but rather, what does a fake Chantal have to say in her consolidation documents? Please enjoy the results of me training a model with the contents of this blog using GPT-2, featuring horrors such as the “reproductive cemetery” and Cecilia Beaux, a 19th century painter turned broke digital archaeologist.